Conceived for and organized by The Noguchi Museum in New York in 2016, Tom Sachs: Tea Ceremony has since travelled to Yerba Buena Center for the Arts in San Francisco, CA (2016-17), where it was integrated into Sachs’ Space Program: Europa -Tea representing humanity at its centered, questing best- and the Nasher Sculpture Center in Dallas, TX (2017-18). Tea Ceremony represents Sachs’ reworking of chanoyu, traditional Japanese tea ceremony -including examples of the wide range of elements which comprise its intensely ritualistic universe. From the moment Sachs began developing a culture of Tea in 2012, he aimed to exhibit his Tea Ceremony in Japan. At Tokyo Opera City Art Gallery, this completely immersive and interactive environment will at last be seen in the country that inspired it. Tea Ceremony includes complete inner and outer gardens, a handmade plywood tea house, a functional lavatory based on that of a Boeing 747, a koi pond with views of a sublime peak, and a variety of gates. 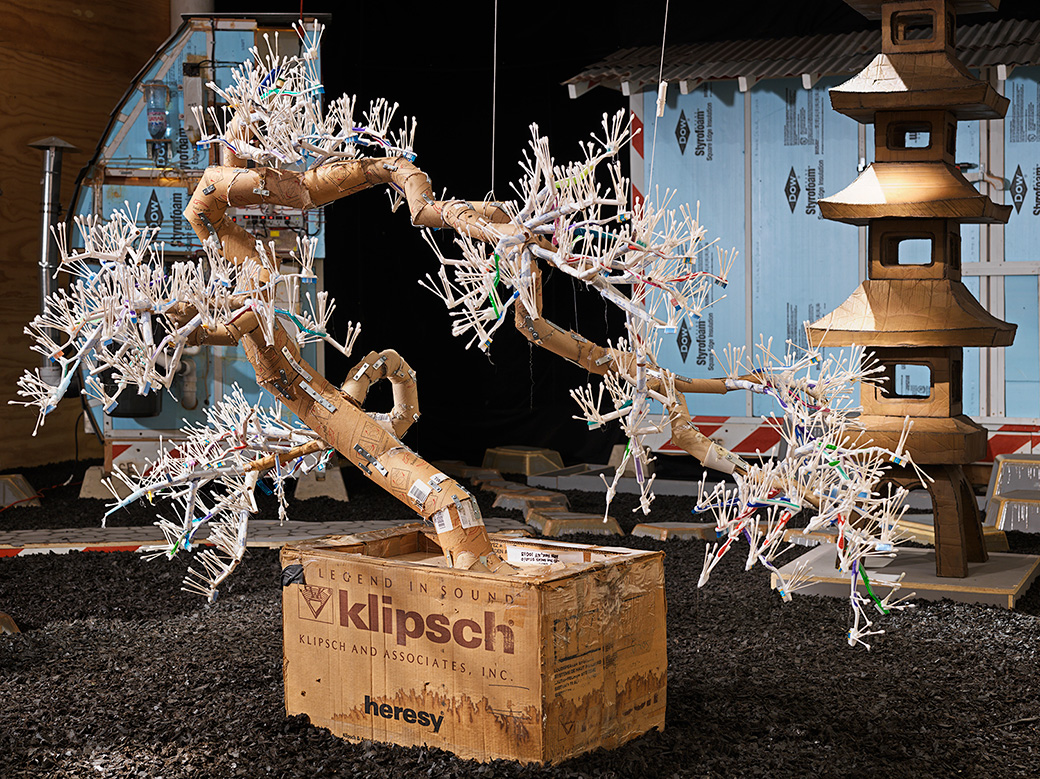 Following the way of Tea -in order, as Isamu Noguchi put it, to pursue the “true development of an old tradition”- Sachs has produced a complete, alternative material culture, from bowls and ladles, scroll paintings, vases, and bronzes, to a motorized tea whisk, a shot clock, and an electronic brazier. Any question one may have about the sincerity of Sachs’s obsession with Tea are answered by objects such as Lobster, a perfectly articulated, Meiji-style bronze welded from spare and scrap tool parts, and the more than 500 perfectly imperfect chawan Sachs has sculpted, a selection of which will also be on view. What underlies and animates Tom Sachs: Tea Ceremony, and what makes it such a meaningful contribution to the culture of Tea -not despite its sense of mischief but because of it- are the tens of thousands of hours of painstaking research, craft, and devotion Sachs and his studio have committed to this most extraordinary expression of human culture.

“Traditional tea ceremony,” says Dakin Hart, Senior Curator at The Noguchi Museum, “was refined over many years, reached a mature state, was codified, and then, like many cultural phenomena that survive an originating generation, more or less stopped developing. It was essentially a 16th century fad, which became a full-fledged culture because it captured lasting values in universal experiences. Tea celebrates hospitality, reinforces the development of community through ritual, creates a holistic but intimate sense of connection to the world in fundamental combinations of earth, air, fire, and water, and encourages quiet reflection. Tom Sachs’s version is a sublimely rich and deeply moving attempt to inspire new generations and new audiences to embrace those values, and the culture that supports them, by way of exploring the infinite space within.” 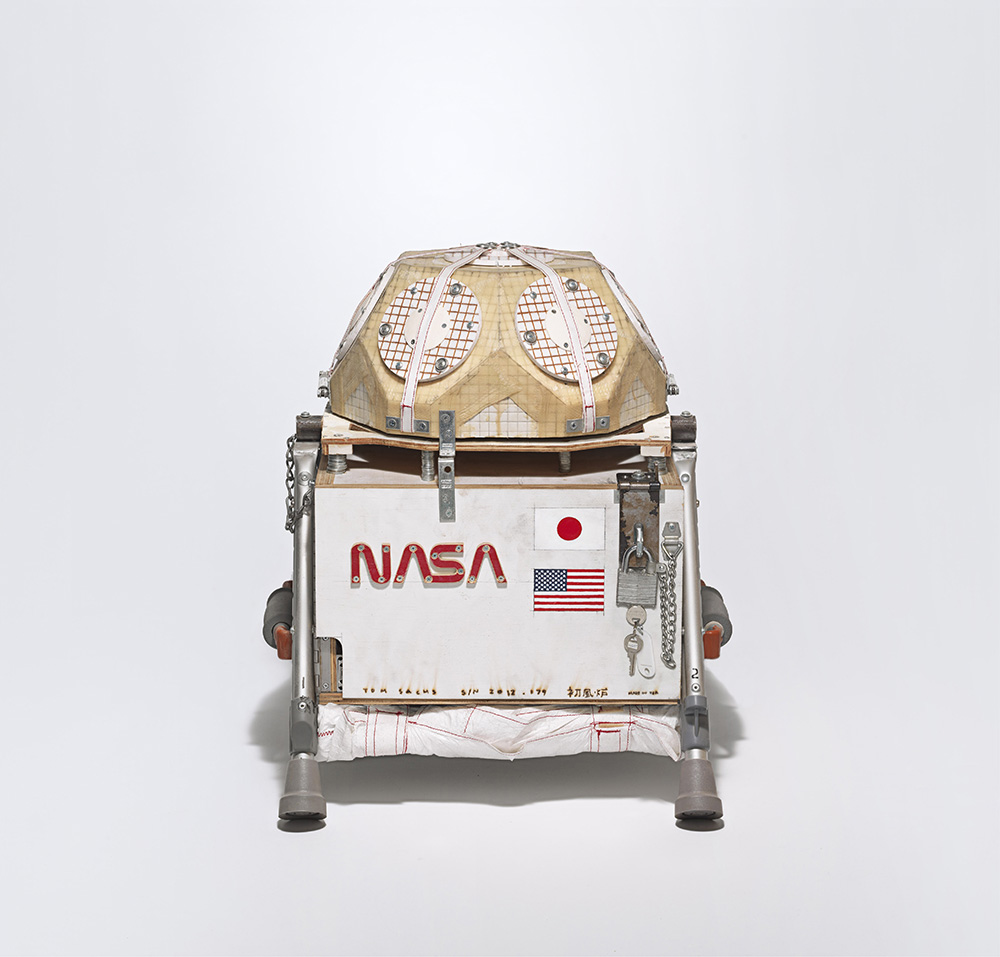 Supplementing the tea garden are additional installations covering consummate examples of Sachs’ Tea tools, and a brief history of Tea as it developed out of Sachs’ Space Program: MARS (2012). The exhibition will also feature Tom Sachs’ film Tea Ceremony, a celebration of ritual that extends the artist’s two-decade-long absorption in the development of complex subcultures centered on labor. It will be shown continuously in a small quarter-geodesic dome theater made uniquely f or Tokyo Opera City Art Gallery.

During the course of the exhibition, Tokyo Opera City Art Gallery will present a series of public demonstrations of Sachs’ tea ceremony. The walls of the tea house will be removed for the occasion, enabling visitors to watch the ceremony unfold.

Tom Sachs: Tea Ceremony is accompanied by a 280-page artist’s book, Tea Ceremony Manual, documenting the artist’s culture and practice of Tea. The book was produced for the first exhibition and published by The Noguchi Museum, with additional support from Yerba Buena Center for the Arts and Nasher Sculpture Center.