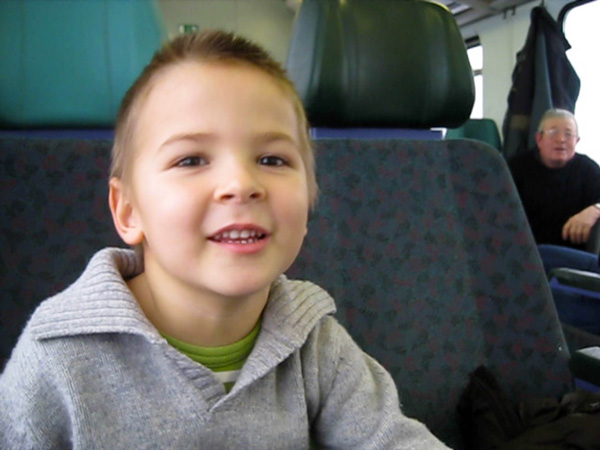 Mircea Cantor works in an apparently infinite variety of media, including photography, sculpture, installation, and film. At “Yokohama Triennale 2011” he exhibited Tracking Happiness, a video work featuring women walking in a circle on white sand, each holding a broom and brushing away the traces of the footsteps left by the woman in front. It seems humorous, but is also ironical, and disturbs viewers’ minds. I decided not to save the world is another video work, with the artist’s son repeating the words of the title in English over and over. The contrast between the innocent delight of the young child pronouncing a phrase that he does not understand and the seriousness of the phrase’s actual meaning conveys a sense of the complexity of the issues that beset our world.

I decided not to save the world
2011
Courtesy the artist and Yvon Lambert, Paris 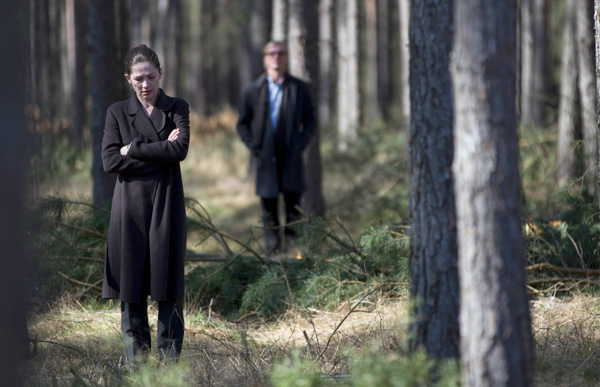 Omer Fast produces video works with a powerful story element, using filmmaking techniques. These include approaches such as cutting up a video and recombining it, or using a number of cameras to give simultaneous views of different aspects, challenging viewers to think about how an individual’s experiences, memories, and history are produced. Continuity depicts a German couple welcoming their son back from active service, taking him home, and sharing a meal together. This narrative plays out several times, but there is a different person as the son on each occasion. This was a hit at “dOCUMENTA (13),” the 2012 edition of the five-yearly international art festival in Kassel, Germany. The title refers to “continuity” in the filmmaking sense as well its standard meaning.

Peter Fischli and David Weiss began collaborating in 1979, based in Zurich. They are known for dressing up in Rat and Bear costumes, and producing works that show up the absurdities of human society. Weaving humor and irony into an everyday viewpoint, they challenge newly emerging meanings and values. Untitled utilizes 15 slide projectors to display questions at random on the gallery walls in four different languages—Japanese, German, English, and Italian. Ranging from casual, everyday mutterings to philosophical questions that touch on the essence of life, the questions disappear as quickly as they came, before the viewer has chance to formulate a response. 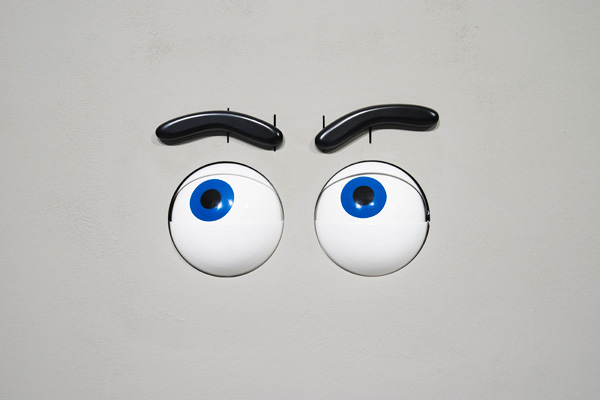 Ryan Gander deeply explores seemingly trifling everyday events, bringing them together in unexpected combinations that produce aberrations, which encourage the imagination to focus on hidden meanings. Magnus Opus takes its title from a Latin phrase meaning a masterpiece or major work. Eyes and eyebrows driven by movement sensors intently follow the movements of viewers as they examine the works in the gallery. This has the effect of reversing the roles of work and viewer, posing questions concerning the relationship between work and viewer in the context of an art museum. 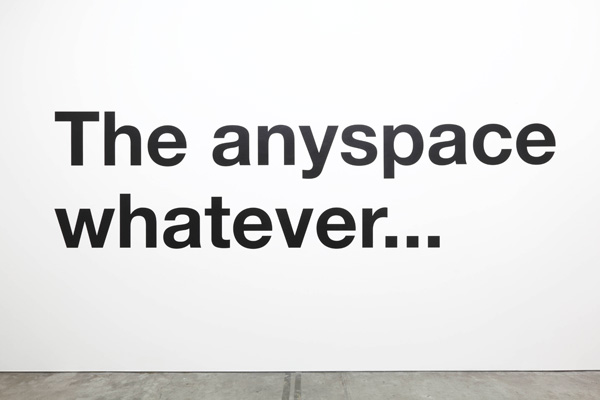 Liam Gillick is known for 3-dimensional works reminiscent of 1960s Minimal art, and for abstract text that takes up a whole wall. He was one of the YBAs (Young British Artists) who were a hit in the 1990s. At the base of all of his work is an interest in how art affects people, and is one of the best known exponents of Relational art (art expressing the relation between things or between people). Inspired by the “any-space-whatever” concept put forward by French philosopher Gilles Deleuze in Cinema 1, Gillick produced the title work of a 2008 group exhibition “theanyspacewhatever” at the Guggenheim Museum, New York. The phrase “The anyspace whatever...” now fills a wall in the Opera City Art Gallery. 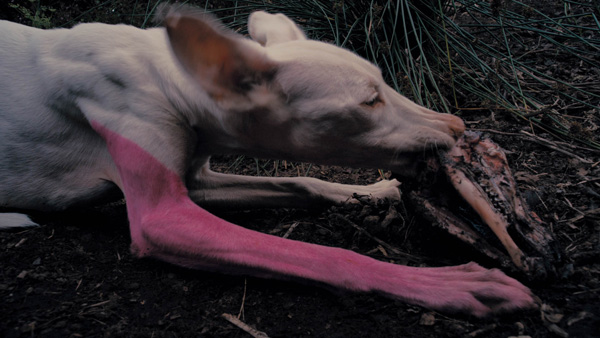 Born in Paris, Lives in Paris and New York. Pierre Huyghe’s work traverses a range of genres including video, music, architecture, and design, with re-examination of art and of the exhibition as a recurring theme. For Untilled (2011-12), at documenta 13 (Kassel, Germany, 2012), he created a “site” in Karlsaue Park that comprised an original biotope including a variety of living entities. That world blurred the boundaries between fiction and reality. It included a dog with a pink leg, a marble nude with a beehive as a head, an anthill, water creatures, and other life forms going about their daily business, dying and producing new life. A video work that can be considered a record of that project is presented in this exhibition as A Way in Untilled. 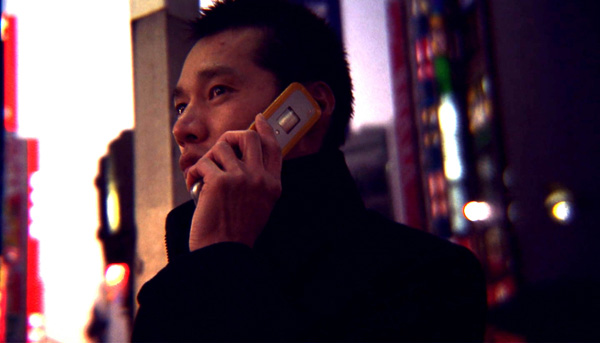 Koizumi Meiro is internationally acclaimed for works that address issues such as people’s memories and trauma through his insights into human psychology. My Voice Would Reach You is a video work following a young man as he telephones his mother. At first the scene seems to be a glance into urban life, but in the second half of the video, the scene is repeated with the addition of the voice at the other end of the call, revealing something that leaves viewers perplexed. By providing evidence of miscommunication and of how easy it is for human emotions to be manipulated, this work cleverly breaks down the pre-established harmony created by viewers’ emotional investment in the work. 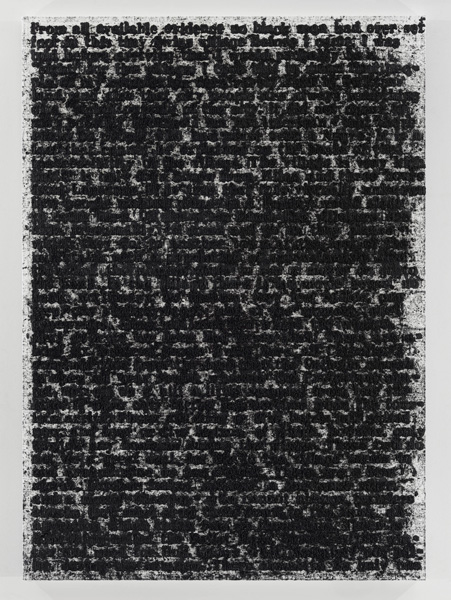 Glenn Ligon is an African American artist known for works based on text appropriated from a variety of different fields. Stranger #67 takes a phrase from Stranger in the Village (1953), an essay by James Baldwin, also an African American. The text has been stenciled over and over again using coal dust (a by-product of coal mining), building up layers until it is virtually illegible. It also resembles an abstract painting in which an awareness of opposing concepts such as black and white, light and shade, and irritation at the discommunication that affects him as a minority are painted layer after layer. Issue of race, history, and identity in America overlap with issues concerning text and images. 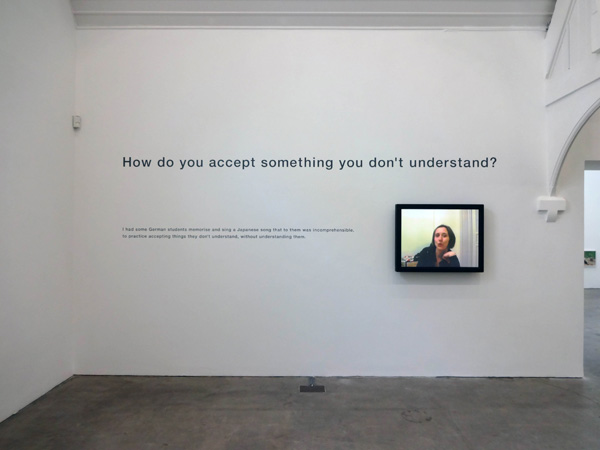 Born in Hyogo, Japan and lives in Berlin. Shimabuku is active worldwide, carrying out projects that involve encounters with and communication with people and cultures specific to particular locations. These projects include the production of works in genres including photography, video, and installation. How do you accept something you don’t understand? is a video work featuring German students singing songs in Japanese that they do not understand at all. The title of this work represents an ongoing theme for Shimabuku, addressing the issue of how to approach art today, and representing a question for us all.

How do you accept something you don't understand?
2006/2008
© Shimabuku, Courtesy the artist, Berlin
photo: Shimabuku 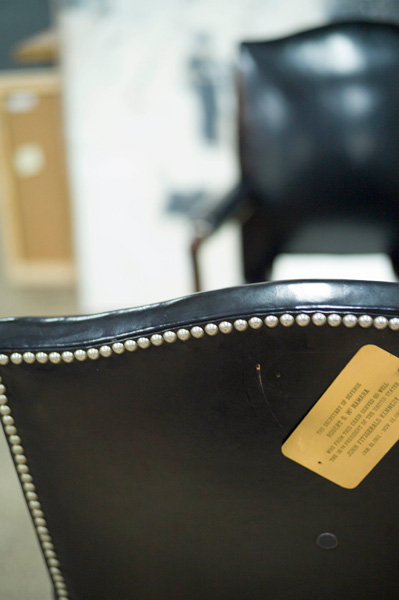 Danh Vo has attracted attention for works that radically reflect the scars of colonialism and his own origins as one of the Vietnamese boat people. This series incorporates items left by President Kennedy and other decision-makers involved in the U.S. intervention in Vietnam, and a chandelier from the venue where the Peace Accords were signed in 1973. These were acquired at auction, and are exhibited either in their original form, or dismantled. In Vo’s hands, these fragments of history raise issues of politics and cultural identity for humanity as a whole, transformed into a work on a magnificent scale.