Ryan McGinley soared to fame in 2002 with his debut photograph collection, The Kids Are Alright. Producing the collection himself and printing it on an inkjet printer, McGinley, still an unknown in the world of photography, sent it out to editors and people in the art world, only to find offers rushing in from magazines such as Dazed & Confused, Index, and i-D. The following year, aged 25, he exhibited at the Whitney, making him one of the youngest artists in the museum’s history to be given a solo exhibition. Described by GQ as ‘the most important photographer in America’ in 2014, McGinley has held numerous solo exhibitions across America and Europe, and continues to make waves in the art scene in Japan and across the world.
This exhibition presents a selection of McGinley’s work up until now, including photographs from the early period that inspired his inclusion in the Whitney’s First Exposure series, his road trip photos, works from series Yearbook, Grids, and Animals, right up to works from his latest projects Fall and Winter. 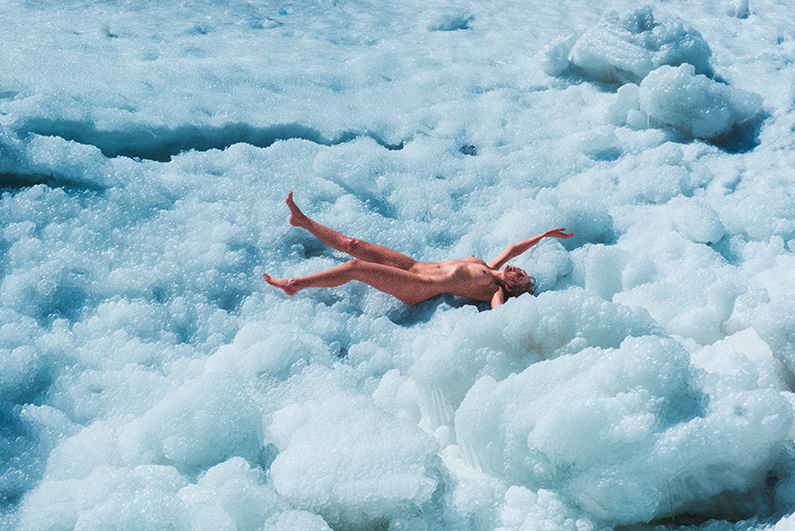 The people appearing in McGinley’s work are mostly without clothes. One particularly distinctive feature of his photography is the unusual behaviour of these naked subjects—dashing across grass plains that stretch as far as the eye can see, leaping from tall trees, or lying back in fields of snow. McGinley’s work consists in the split-second flashes of something glimpsed in these people without clothes—who are not, it should be noted, professional models. Rather than any superficial beauty, what the works capture is the sense of freedom of the spirit liberated from everyday rules and restrictions. The moment when the subjects of his photographs forget themselves and behave with total abandon is when photographer and model become partners in crime, and this is why McGinley regards his form of photography as a collaborative project. 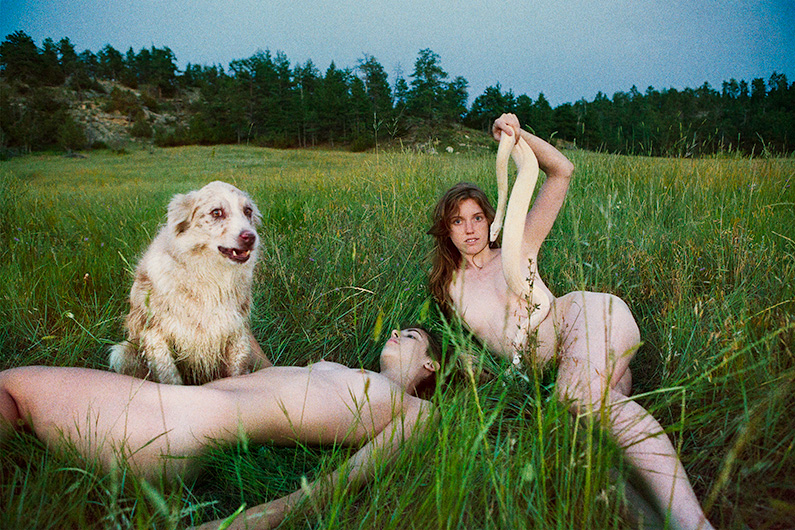 Road Trips With a Difference

The work McGinley is most famous for, and the source of many of his most well-known images, is the photographs captured on the road trips he began taking over a decade ago. In the summer of 2004, McGinley set out on a road trip across America with friends, who would also serve as his models, photographing them in the wild, untamed natural surroundings of North America. McGinley continued taking these road trip shots for ten years, until 2013. Before photographing his models for this project, McGinley would share with them his Inspiration Book, a selection of images he had collected together. The resulting photographs, featuring naked youngsters running through huge open plains and jumping from trees, capture the state when people forget themselves and behave with true freedom—the wild vitality that lurks in the naked form. Another noticeable feature of these photographs is the pastoral, picturesque surroundings of the good old American countryside. The series that result from these trips are directly connected with the endless adventure and varied encounters familiar from the road movie genre. 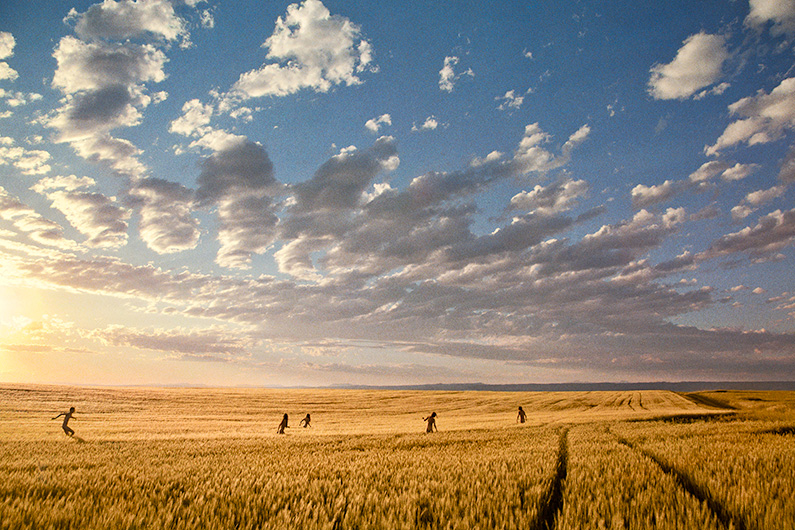 Yearbook: A Collection of 500 Portraits

As well as photographing his subjects in outdoor settings, from 2008 onwards McGinley scouted around New York for models to photograph nude in his studio. This project he named Yearbook, and it has become part of the artist’s life work, still continuing to this day. In his 2014 exhibition at the Team Gallery, McGinley buried every inch of the gallery walls and ceiling with these photographs. With their vivid colours and striking imagery, the impact was formidable. This exhibition style has been reproduced in the Tokyo Opera City Art Gallery with a free arrangement of large and small portraits of rainbow-colored background colours across a 30-meter wall that forms one of the highlights of the exhibition. 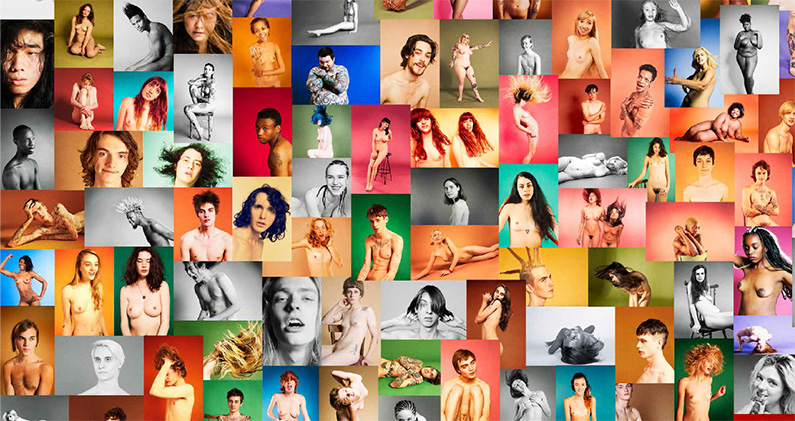