Simon Fujiwara was born in 1982 to an English mother and Japanese father. After spending his childhood both in Japan and UK, he studied architecture at the University of Cambridge, then went to Frankfurt to study art at the Städelschule under Simon Starling. He has had a prodigious career in a short time, winning the Cartier Prize at Frieze Art Fair in 2010 followed by a large scale retrospective at the Tate St Ives, where he had a fateful encounter with an abstract painting during his childhood.
He has been participating in numerous exhibitions in Japan, such as Dazaifu Art Program in 2013, Imagineering Okayama Art Project in 2014 and Parasophia Kyoto International Festival of Contemporary Culture the following year. 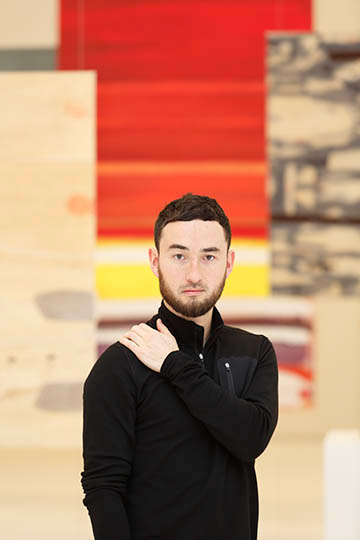